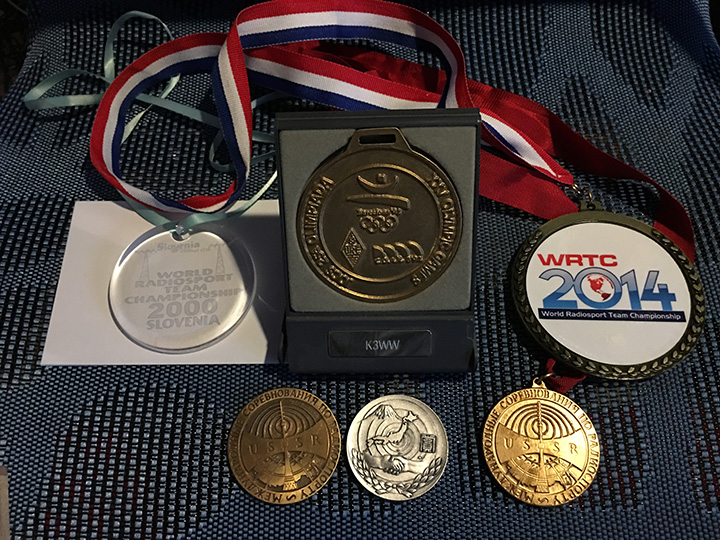 The smaller gold medals are from the former USSR, one for the 1990 Gagarin Cup, and one from the 1994 CQ M contest. The larger medal is from the Barcelona Olympic HF contest, held during the Olympics, and is for first place single op all bands, North America. The Silver medal is for the All Asian contest. The 2000 and 2014 WRTC were for working the most WRTC station from North America. I have chased the participants in every WRTC, working all of the stations over the years.